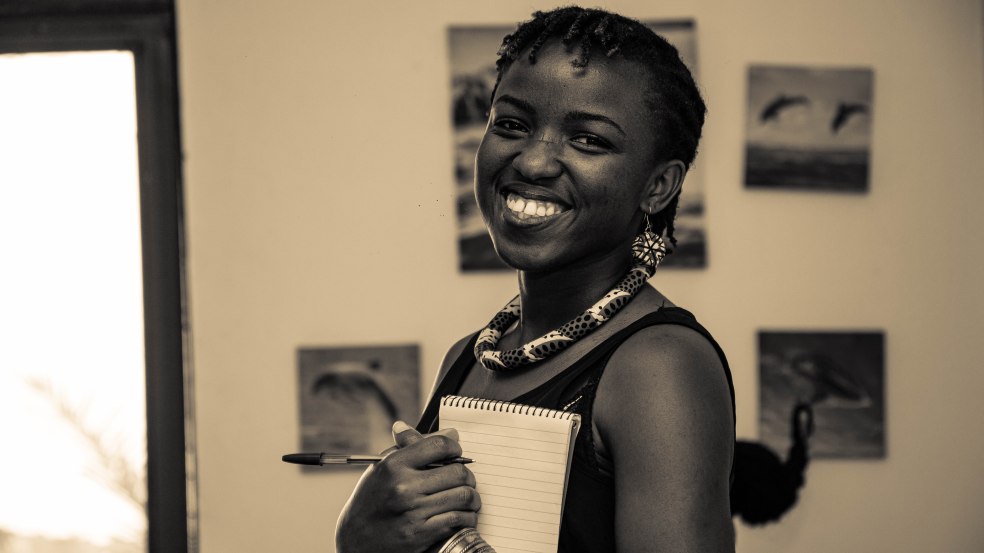 In 2017, I was involved in a terrible accident with my immediate sister and we spent that whole year between hospital and home.

It was January and graduation fever was in the air. My sister was unwell so mother asked me to go with her to Makerere University so she would go through the clearing process. For anyone who has been to Makerere university, you know it’s hilly and within no time, my sister was tired and we had to go back home. We took a boda boda, used the northern bypass to get to Busega and that’s where the accident happened. Our boda guy collided with a car or the other way round. I don`t remember the details to this day.

All I remember is being taken to Mulago hospital and later transferred to Mengo where we attained our treatment. My right leg was badly injured, the leg turned right or out (no pun intended). For anyone who touched it, I felt pain. My sister`s right leg was severely damaged. She was also pregnant but didn`t lose the baby- story for another day. Long story short, we went through the process of treatment, physiotherapy and encouragement. Our doctor, a one Dr. Okello was a constant point of encouragement in that trying time.

It was such a dark season for I as one and for the entire family. I was in-between places emotionally.

Some of the people who visited us in hospital kept on saying, “We can’t wait for your blogs in this season. They’re going to be deep.” Because depth of words is found when the soul is in a dark place. The irony!!

I was on pressure to write and measure up to these expectations. I penned down a few things but I eventually gave up on this endeavor.

We all go through seasons; summer, winter, autumn and spring and Jesus is the maker of them all. Therefore, we need to learn to enjoy each season because we know Who is with us.

In my winter season, only God sustained me. I was mad at God but that never stopped Him from being God. I saw His sustenance through friends who visited us in hospital and at home, bought us food and drinks, friends who gave money, prayed, called in and made sure we laughed.

Enjoying where you`re at is a valuable lesson I learnt during the winter season. Don’t be on pressure to run away from the season, the pain. Find out what God is saying to you. There are lessons in all seasons, find them. A new side of you is revealed, meet her/him. In short, choose your focus.

Even in this season of the Corona virus, it’s a winter season for so many individuals and nations at large. Do what the doctors have said. Keep away from news and conversations that will cause you panic attacks. Rest in God.

This too shall pass.

41 thoughts on “Can you embrace seasons?”